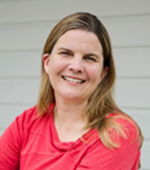 Dr Kathryn Beck is an Associate Professor in Human Nutrition and Dietetics at Massey University in Auckland, New Zealand. Dr Beck is a World Cancer Research Fund Academy Fellow and principal investigator of the REACH study, which is funded by a New Zealand Health Research Council Emerging Researcher Grant.

Dietary pattern analysis seeks to understand how people are eating. Traditionally, nutrition research has focused on whether individual nutrients and foods are linked with health outcomes or disease.; for example, whether vitamin C intake is linked to iron deficiency. Investigating nutrition using this approach has a number of limitations. People don’t eat individual nutrients and foods in isolation, people eat meals and snacks which contain a variety of ingredients that interact.

Well-known examples of this are the enhancing effect vitamin C has on iron absorption, while tea and coffee decrease iron absorption when consumed with food. Furthermore, an analysis based on nutrients alone may be confounded by the type of dietary pattern a person follows. By using a dietary pattern approach we overcome these limitations, by considering how foods (and nutrients) are eaten in combination.

Dietary patterns are typically derived using two main approaches. The first is an a-posteriori approach whereby dietary data collected from participants is analysed statistically to generate the combinations of foods (dietary patterns) people are eating. Alternatively, using an a-priori approach, people are given a score based on whether they are following a particular dietary pattern (such as a Mediterranean diet) or particular dietary guidelines. World Cancer Research Fund (WCRF) and American Institute for Cancer Research (AICR) recently developed a standardised scoring system to assess people’s adherence to their Cancer Prevention Recommendations.

What is the REACH study?

Here in New Zealand, my team are exploring the dietary patterns of adults aged 65–74 years old and their association with cognition, body composition and metabolic syndrome. This work is known as the REACH (Researching Eating Activity and Cognitive Health) study.

More than 360 adults have taken part and we have collected in-depth dietary data, as well as measuring different domains of cognitive function including memory and attention. We have also measured body fat and muscle mass using Dual X-ray Absorptiometry (DEXA), physical activity levels, blood pressure, and taken a blood sample to measure cholesterol, blood glucose and the ApoE ԑ4 genotype.

Why study diet in so much detail?

Observed dietary patterns represent accessible and familiar foods that people are eating, and the combinations in which these foods are consumed. It may be easier to improve people’s diet by shifting them along the scales of a particular dietary pattern by making small and relevant suggestions for change, rather than large changes to a less familiar dietary intake (or pattern).