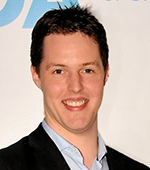 In anticipation of the new year, there may be irresponsible people behind certain blogs, books or videos clamouring to make bogus tips about healthy eating. The story tends to go something like this: quit a food group altogether, make dubious game-changer claims and post a hash-tagged selfie. There isn’t usually any good science supporting their alleged value.

To make matters worse, false trendy promises are also made about how everyone, no matter what their circumstances, can freely choose between ‘right’ and ‘wrong’ food choices when forming a new eating pattern. The weight of scientific evidence indicates that this simply isn’t how creating new food choices works. It is an erroneous at best, and harsh at worst, way of looking at forming new food choices. It ignores the larger environmental forces shaping our food choices.

Applying this three-step process increases the chance that the new food choice will become an eating habit. The new food choice also needs to be relevant, planned and easy to perform, so that it can be practised repeatedly.

People also differ in their motivations, cultural traditions, abilities, nutritional preferences, needs and goals. As such, any approach to adopt a new food choice should be tailored to specific circumstances. This observation should ring true for many people.

For example, if a lack of confidence is experienced, repeated practise attempts can be an effective approach to gain a sense of control in making any changes. This means trying new activities, such as cooking, over and over until it is confidently mastered and becomes just another unconscious, effortless activity that is part of your daily routine.

However, making new food choices cannot be separated from understanding the types of environments that people are situated in. So, what is one to do in our modern food-replete environment? Perhaps the answer can be found in science.

Exposure to food enhances people’s desire to eat and to eat more. You are less likely to eat food that is inaccessible and more likely to eat food that is within easy reach. For instance, the home food environment can be viewed as a gateway for early adoption of the right food choices in children. In practical terms, new food choices should be supported in a way that does not feel forced but is effortless.

It is also crucial to acknowledge and plan for potential bumps in the road that may be encountered during the process of executing any change in food choice. Where available, I suggest local social support groups. They can generate personal changes in food choices that persist after a group ends. So, if you’re thinking about making any food-related new year resolutions, why not get your friends and family involved!

One last point: people shouldn’t feel guilty about indulging once in a while. Self-compassion is a good place to start. Chances are you get exactly what I’m talking about.

Do Argentines know what they are eating? After the newly enacted Healthy Eating Law they will
The devil is in the detail: ensuring a recipe for successful policy development
Being consumed by digital junk food marketing
Lessons on implementing robust restrictions of food and non-alcoholic beverage marketing to children
We shouldn’t market unhealthy food to children

What is ultra-processed food and should we be worried about it?

World Obesity Day: Cancer prevalence and Obesity – where are we now?

It’s never been more important to focus on cancer prevention