Drinking hot tea – what are the cancer risks? 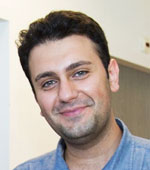 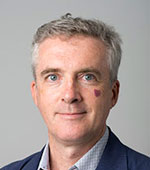 Mahdi Sheikh, Postdoctoral Scientist, and Paul Brennan, Section Head of Genetics, at the International Agency for Research on Cancer (IARC), discuss their recent research on oesophageal cancer in Iran.

The Golestan Cohort Study (GCS) has followed 50,000 participants for more than ten years and shows that the high rates of oesophageal cancer in north-east Iran are linked to a combination of drinking hot tea, smoking opium, low intake of fruits and vegetables, drinking un-piped water, exposure to indoor air pollution, and excessive tooth loss.

These results of the GCS made their way into many health news headlines, and they carry an important public health message for the prevention of the seventh most common cancer in the world. It also shows how medical research can overcome political and economic barriers to promote human health.

The Golestan province in north-east Iran is located at the eastern coast of the Caspian Sea, and forms the western end of the Asian oesophageal cancer belt – a geographic area that stretches from China in the east to Iran in the west, and has been known to have the highest ever reported rates of oesophageal cancer worldwide.

Rather, some local habits and environmental exposures – including consumption of hot tea, opium, and low intake of fruits and vegetables – might explain these rates in north-east Iran.

In 2004, scientists from the Tehran University of Medical Sciences led by Professor Reza Malekzadeh, IARC, and the US National Cancer Institute (NCI) initiated the GCS. With more than 50,000 healthy participants living in the Golestan region, it was to be the first large-scale, population-based prospective study in central and western Asia.

It would also provide a major resource for studying oesophageal squamous-cell carcinomas (ESCC) through the collection of biological samples and detailed assessments of diet, lifestyle, and different exposures, at enrolment and then every five years.

Instead of relying only on self-reported information, the GCS was the first study to also make objective measurements of the suspected risk factors for oesophageal cancer, including the actual temperature at which tea is drunk, and carry out precise oral examinations and urinary assessments of tobacco and opium metabolites to validate the questionnaire responses.

A combination of six risk factors

After ten years of follow-up, the results of the GCS confirmed the findings from earlier investigations that drinking hot tea, smoking opium and a nutrient-deficient diet are linked to ESCC in this region. It also identified three more risk factors: drinking un-piped water, exposure to indoor air pollution, and excessive tooth loss. The identified risk factors were independently associated with ESCC in a dose-response manner.

However, none of them alone could explain the high ESCC rates in Golestan, and the results strongly suggest that ESCC in Golestan and other high risk areas is a multifactorial disease, requiring a combination of exposures for its development. In this study, 76 per cent of the ESCC cases were found to be attributable to a combination of exposures to these six risk factors.

The implications of our findings

Our study documented that three-quarters of the oesophageal cancer cases in north-east Iran can be attributed to a combination of these six exposures that are all preventable through education and by improving basic social infrastructure. Because of the design, the huge number of participants, the long follow-up time and the fact that many of the discovered risk factors are also common in other high incidence areas, we can reliably apply the findings from this research to other high risk populations.

Therefore, this study has important implications for public health and policy, aiding in the translation of knowledge into practice, and evidence into implementation of effective health policies.