Home - Public Policy - “Health for all” starts with prevention

“Health for all” starts with prevention 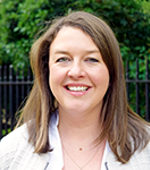 “Universal Health Coverage: Moving Together to Build a Healthier World” was the theme of the 2019 UNHLM that took place last week at the UN Head Quarters in New York. Championing UHC encompasses a wide range of topics, such as infectious disease control, health systems strengthening, and ensuring financial protection from impoverishing out-of-pocket health payments.

The meeting was considered to be a key moment to galvanise action for the realisation of the Sustainable Development Goals (SDGs) by 2030 – the global blueprint for peace and prosperity for the planet – and to ensure that everyone can enjoy the highest attainable standard of physical and mental health.

So where does the prevention of cancer and other non-communicable diseases (NCDs) come in? It’s something we’ve been thinking about with colleagues in the UK Working Group on NCDs at a recent Chatham House meeting, ‘Acting early, saving lives: prevention and promotion as key aspects of universal health coverage’.

The 2018 UNHLM on NCDs hasn’t delivered the action we hoped to see and there is frustration that progress in reducing NCDs remains slow. According to the World Health Organization (WHO), NCDs were responsible for 41 million of the world’s 57 million deaths (71 per cent) in 2016, of which diet was one of the four leading risk factors. The burden is greatest in low and middle-income countries, with 78 per cent of all NCD deaths and 85 per cent of premature deaths from NCDs.

UHC is defined by the WHO as, “ensuring that all people have access to needed health services (including prevention, promotion, treatment, rehabilitation and palliation) of sufficient quality to be effective while also ensuring that the use of these services does not expose the user to financial hardship.”

So disease prevention and health promotion is obviously on the agenda and was included in the Political Declaration on UHC (the set of commitments agreed by countries as part of the meeting) and it includes issues such as access to adequate nutrition, addressing social, economic, environmental and other determinants to health, as well as public health policies and good governance of health systems.

States have committed to take action to promote active and healthy lifestyle, including physical activity for all people throughout their life, and to ensure a world free from malnutrition in all its forms – including overweight and obesity which increases the risk of at least 12 different cancers.

A range of actions already exist for governments to reduce common modifiable risk factors for NCDs such as overweight and obesity through policy actions. That is why World Cancer Research Fund (WCRF) signed a joint statement, as part of the International Coalition for Advocacy on Nutrition (ICAN) outlining why tackling malnutrition in all its forms, including obesity, is vital in realising UHC.

From promises to action

Whilst the commitments on tackling NCDs and the determinants of health feature in the Political Declaration, we must not be complacent in assuming that all countries will take action once they leave New York. We joined the NCD Alliance and over 130 other organisations by signing an Open Letter asking countries and leaders to deliver on their promises. It is vital that we close gaps between pledges and progress for health for all.

NCDs threaten progress towards the 2030 Agenda for Sustainable Development, which includes a target of reducing premature deaths from NCDs by one-third by 2030. So, will the UNHLM on UHC be looked back on as a transformative moment for the health of everyone? Only if prevention is kept on the agenda and if all UN member states act. States will report back in 2023 on how they are delivering so we can follow their progress.

NCD prevention must remain a top priority once the talking is done and the meeting rooms empty.