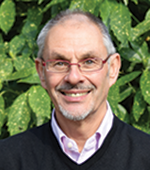 Our Scientific Adviser, Prof Martin Wiseman, gets personal! He explains what personalised nutrition is and what it means for health and cancer.

What is personalised nutrition?

Personalised nutrition is the idea that there is a particular pattern of diet that can be tailored to each individual’s specific needs, and so optimise their health. Dietitians and nutritionists who see individual clients often ‘personalise’ their advice with regard to that person’s particular circumstances, such as work, food preferences, religion and so on. But the term as used here is generally understood to be in relation to inherent factors such as genetics.

It’s certainly true that people have different requirements for calories and nutrients, based on some obvious factors such as body size or levels of physical activity. However, in general, it’s not yet possible to characterise these individual needs precisely based on genetics or to reliably predict someone’s dietary needs in relation to risk of a non-communicable disease such as cancer.

In spite of the concerns raised above, there are ways of identifying people who may be at higher risk of some cancers. In particular some genetic variants can increase risk of some cancers dramatically such as the BRCA gene for breast and ovarian cancer. Other genes, not all of which are identified, can increase risk of other cancers such as bowel cancer. A family history of these or other cancers at an early age is a good marker of a genetically increased risk.

However, while we can sometimes identify people at higher risk of cancer, there is not usually a particular pattern of diet and activity that is recommended: rather it is the same overall pattern that is recommended for everyone. And contrary to popular perception it is people with a genetic higher risk of cancer that have more to gain from adopting healthy habits! That said, just because people don’t have a family history of an identified genetic predisposition it doesn’t mean they won’t benefit from adopting a healthy lifestyle either.

The situation may be rather different for people after a diagnosis of cancer. Once we know what particular cancer people have it may be possible to identify aspects of behaviour that are particularly relevant to that situation. This can then provide direction and focus to interventions – but research is at an early stage.

How close are we to personalised nutrition and how accurate is it?

There is a perception that certain genes or genetic variants can be used to identify a preferred diet for a person for them to attain the highest possible health, but this is premature. It is true that there are genetic variants that are linked to the metabolism of foods such as alcohol, folate or vitamin D, or of aspects of blood chemistry such as cholesterol.

However, the differences these individual variants make to the overall metabolism of these factors is (with a few exceptions) rather small, so they cannot usefully be used to determine a person’s nutritional need. And it’s not yet possible to identify all the genetic factors that might collectively make a significant impact. Other variants that have no obvious direct link to metabolism, such as blood group, have also been suggested to indicate the need for a particular type of dietary pattern, but there is no basis for this.

As time goes on and the search for better ways of identifying the individual needs of people continues, the future may yet bring a useful way of individualising dietary advice – but we don’t have it yet!

Are there any pitfalls in introducing the public to personalised nutrition?

The main pitfalls at the moment are that people are seduced by the attractive idea by unregulated companies exploiting their misperceptions of the value of such tests. The idea that a blood test can identify genetic variants that can tell you what you need to do and what you don’t need to do is an attractive idea that simply isn’t supported by scientific evidence. The appeal of this idea means that companies can offer such a service and make money by exploiting people’s lack of understanding. The unregulated feedback from companies that offer these tests may not meet the high standards set for medical practice in the NHS, and this can leave people open to exploitation for commercial gain.

It is certainly an important research goal to be able to identify individual risk of disease and individual variation in nutritional needs. But at present that’s all it is – a goal for future research. The early hope that genetics would revolutionise healthcare has not yet been realised. For most people their risk of cancer or other disease is influenced by many genetic variants with rather small effects, and much more by the way they live – diet and activity, smoking, drinking and so on – and by the environment they live in.

In our current state of knowledge, while we all hope to be able to identify tailored advice on diet and health related behaviours, the truth is that similar advice applies by and large to everybody. There are lots of different ways to construct a healthy diet, that would suit people from all cultures and parts of the world. And everybody stands to benefit from adopting those healthy behaviours.

‘Don’t blame the poor, blame poverty’: understanding health inequalities in cancer
Why don’t non-communicable diseases have the resourcing they deserve?
‘Nice to finally meet you in 3D’ – in-person meetings are back
Prevention must be at the heart of the UK’s new cancer plan
Innovative tool to review research on cancer mechanisms