How does the sun cause skin cancer? 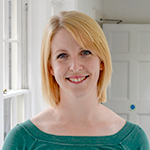 Isobel Bandurek, our Research Interpretation Manager, takes a look at our latest report on skin cancer.

Exposure to ultraviolet (UV) radiation is the primary cause of skin cancer; this can be directly from the sun or through man-made sources such as sunbeds. The role of sun damage is supported by the association between measures of sun sensitivity and skin cancer incidence, which is higher in people who have pale skin that burns without tanning, blue eyes and fair hair (exhibit A: see my photo!). Both the duration and severity of exposure is important: there is a dose-response relationship between the number of sunburn episodes during any life period (childhood, adolescence or adulthood) and the risk of melanoma, meaning that the greater the number of times you have been sun-burnt the greater the chance of developing skin cancer.

UV radiation can induce cellular changes consistent with the hallmarks of cancer such as genomic instability and mutation, as well as initiating tumour-promoting inflammatory responses. This set of abnormal cellular behaviours characterise cancer and promote development and progression of tumours.

High rates in the antipodes

So it is perhaps unsurprising that skin cancer rates are highest in Australia and New Zealand – countries that are close to the hole in the ozone layer above the Antarctic, where UV radiation is not filtered in the same way as other regions. That said, the higher rates observed here are also thought to be due to their latitude, improved screening for skin cancer, and migration of non-native people with fairer skin to this area.

Ultimately, exposure to the sun is overwhelmingly the most important risk factor for skin cancer. So how did our Continuous Update Panel (CUP) Panel draw strong evidence conclusions related to height and drinking water contaminated with arsenic?

It is not safe or practical (or ethical!) to conduct an experiment separating one group of people to zero exposure to natural light for a long period of time. Instead we must use the studies that are available and consider how exposure to the sun has influenced the associations reported.

If sun exposure, or proxy measures of it, have been measured in the study, then a statistical technique called adjustment can be applied. This means that the results can be interpreted with respect to the risk factor of interest (in this case, height and drinking water contaminated with arsenic), while accounting for sun exposure.

Whether studies have, or have not, adjusted for sun exposure was a key issue considered by the CUP Panel as part of their interpretation and judgement of the evidence. Therefore, the Panel are confident that adult attained height and drinking water contaminated with arsenic are risk factors for skin cancer independently of exposure to UV radiation.

The bottom line for skin cancer prevention is to be sun safe: use sun cream, seek out shade, wear a hat, and stay out of the sun at the hottest part of the day. However, our new report reveals other avenues worthy of investigation. The findings on adult attained height warrant further research that may help to answer key questions on the process of cancer development and progression across the life course. In addition, the findings on drinking water contaminated with arsenic are a stark reminder of the role of government action for issues of public health significance, where it is not appropriate to recommend to individuals that they should seek to change their behaviours.