What’s the beef? Conflicting recommendations for meat and cancer risk 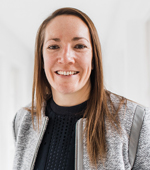 Susannah is Head of Research Evidence and Interpretation at World Cancer Research Fund. Follow her on Twitter @SusannahBrown__.

You may have seen the stories this week about controversial new research that claims we don’t need to limit our red and processed meat intake. A privately funded consortium, known as NutriRECS, has claimed that most people do not need to reduce or moderate how much red and processed meat they eat. This is in contrast to our World Cancer Research Fund International (WCRF) Cancer Prevention Recommendations which advise limiting red meat consumption to 350–500g per week and eating little, if any, processed meat. So, if one group says eating red and processed meat poses no health risks, and another advises limiting consumption for health benefit, where does this leave us?

The existing evidence and recommendations

Processed meat (bacon, salami and some sausages such as frankfurters and chorizo) was classified in 2015 by the World Health Organization as a group 1 carcinogen. In addition, there is strong evidence from our Continuous Update Project (CUP) that consumption of red and processed meat increases the risk of colorectal cancer. Our evidence and judgements take into account the globally available studies, pre-existing pooled – and meta-analyses, and evidence of biological plausibility – all judged against pre-determined criteria.

The ‘new’ research and recommendations

As part of their review, the NutriRECS group conducted meta-analyses of already published studies. Their analyses showed that diets low in red and processed meat (compared with diets containing higher amounts) were associated with:

All of these differences were statistically significant, meaning they were unlikely to be due to chance. The group also looked at health-related personal values and preferences regarding meat consumption, concluding that many individuals are reluctant to reduce their meat consumption, despite the risks.

Based on their findings, the NutriRECS group concluded that the small effect sizes and low quality of the available evidence means there is low certainty regarding the relationship between red and processed meat and poorer health outcomes. They also concluded that in general, people consuming an omnivorous diet are unwilling to eat less meat. In their report, they write:

“…the panel believed that for the majority of individuals, the desirable effects (a potential lowered risk for cancer and cardiometabolic outcomes) associated with reducing meat consumption probably do not outweigh the undesirable effects (impact on quality of life, burden of modifying cultural and personal meal preparation and eating habits).”

The group made a recommendation encouraging the continued consumption of red and processed meat, specifically:

The authors could have concluded that there is no benefit to encouraging people to reduce meat intake, but instead they make a clear recommendation to the public to continue dietary practices that can be damaging to health.

WCRF International objects to the NutriRECS interpretation of the evidence for a number of reasons:

1. The NutriRECS guidance is contrary to the identified benefits of reducing meat consumption.

3. When conducting the meta-analyses, the NutriRECS group used only the most heavily adjusted findings from the studies that were reviewed:

4. The group’s recommendation included assumptions about people’s attitudes toward meat:

WCRF International stands by the abundant evidence showing the health risks of red and processed meat and continue to recommend that reducing consumption of red meat to 350–500g per week and eating little, if any, processed meat, in combination with our other Recommendations, is best for cancer prevention. We believe this NutriRECS publication has the potential to harm public health efforts by confusing the public and downplaying the clear risks that eating too much red and processed meat pose.

If you would like to find out more, please read the statement we have issued which has been signed by global health organisations and experts.

How western diets alter stem cells and induce colon cancer
Establishing risk factors for oesophageal cancer to inform prevention
Social inequality and sex and the relationship between lifestyle and cancer
Metabolic signatures of dietary exposures and their association with gastrointestinal cancers
How do we know what cancer prevention information to trust?